As the car drives along the flat, seemingly featureless stretch of desert surrounding the Lasseter Highway, I suddenly see a giant ocher rock in the distance. “We’re here,” I shout from the back seat. “There’s Uluru!”

We happen to be 100 kilometers (60 miles) northeast of Uluru, Australia’s iconic monolith formerly known as Ayers Rock. The huge table rock I had seen is actually Mount Conner, aka “Fool-uru”, because so many people confuse it with Uluru.

Mount Conner, known as Artilla in the local Pitjantjatjara language, is located on private property called Curtin Springs, which we are now transforming. A 1 million acre cattle station (ranch) surrounded by brush, red sand, spinifex bushes and salt pans, Curtin Springs is the ultimate Outback stopover experience. The site includes a 27-room traveler’s hostel and campsite, as well as a truck stop, which in Australia means a gas station/garage with an attached restaurant, more like a restaurant.

When owner Peter Severin, his wife Dawn and their young son Ashley first moved here in 1956 with their 1,500 cows, the “neighbor station”, as Ashley’s wife Lyndee Severin puts it, “was 85 kilometers”. At the time, there were also no permanent native settlements in the area since there was no regular water source.

Locals love to tell the story of how Severin took his wife, Dawn, to the property, which at the time didn’t even have proper shelter, and proudly showed her their new home. Obviously, Dawn turned to him and said, “I have news for you, and everything is bad.”

It’s hard to imagine why the Severins stayed, given the isolation and unforgiving desert environment. They had rain the first year, then a nine-year drought. There were few visitors. Uluru was not yet a tourist destination, and few had the inclination – or the vehicle – to take the unpaved road to the Severin estate. In their first year, the Séverins received only six visitors: two family members, two government agents for animal husbandry and two adventurous travellers.

Despite the hardships, the Severins persevered. They found other ways to make money. Dawn offered afternoon tea with clotted cream and scones to the rare traveler who stopped by. They sold gasoline to passing travellers. They started serving meals and eventually opened the Wayside Inn.

Today, Curtin Springs is a bustling cattle station, tourist lodge, and refueling and rest stop at the crossroads between Uluru Kata-Tjuta National Park and Kings Canyon Watarrka National Park. A stay at one of the Ayers Rock Resort hotels is not cheap and camping in the park is not permitted. Tourists therefore often stay in Curtin Springs, as it is relatively close to Uluru. The campsite is not powered, but it is free.

Curtin Springs is not your average rest stop. To the right of the entrance, the shower block – one side for “sheilas”, misspelled “shielas”, the other for “guys” – is covered in cartoonish illustrations of the area’s sights. Among some stones in the garden, animal skulls and bones are on display. An orphan pet emu named Mongrel lives in a spacious enclosure. The huge bird used to roam freely, but it obviously ripped the clothespins off the clothesline one too many times. The garden is also full of aviaries housing cockatoos, parrots, parakeets and other tropical birds. The birds belonged to Dawn, who for the first nine years of drought wanted to hear the call of a bird that wasn’t an ubiquitous crow or galah (rose-breasted cockatoo).

The Séverins are deeply attached to their land. Patriarch Peter Severin died in February 2021 aged 93, succeeded by his son Ashley who lives here with his wife Lyndee and their children and grandchildren. “My family was raised here, our grandchildren were raised here,” says Lyndee. “Ash and I are still creating something. We are responsible for the most amazing landscape and we take great pride in how we take care of it, while making it productive… We work very hard to run two 24 year old businesses. hours a day, 7 days a week, but we chose to be here.

My companions and I do some exploring before lunch. As I discover, the desert is not as featureless or lifeless as many might believe. The land here is dotted with spinifex plants springing straight from the red sand, wildflowers, salt flats and tall native grasses. The giant property is also home to at least 110 species of wild birds, including black hawks, Pacific herons, barn owls, and rufous-backed kingfishers; dozens of different reptiles, from frogs to geckos to bearded dragons; as well as rock wallabies, kangaroos and dingoes.

We climb and cross a rusty orange sand dune so shiny it almost hurts Crayola’s eyes, then we explore one of the old salt lakes at the ranching station. Other than an incongruous birdbath and tire tracks on the crystalline surface, there are no other signs of human civilization. Noon is not the best time to see the lakes, as the light is harsh, but interested visitors can join private evening and moonrise walks led by members of the Severin family.

The guided tours were Lyndee’s idea. “This is an opportunity for visitors to get closer to the landscape and sell us more meals and overnight stays! she says. Through SEIT Ouback Tours, tourists can also book a Champagne Sunset Tour and venture deep within the property to the base of Mount Conner, 25 kilometers away.

Like Uluru, Mount Conner is sacred to the Pitjantjatjara people, who consider it the home of the Ice Men who create cold. Uluru and Mount Conner are inselbergs, isolated rocky hills or outcrops that rise above well-developed plains and are part of the same extensive bedrock that would lie deep beneath the Uluru and Kata Tjuta rock formations. Although many, like me, confuse it with Uluru, the 500 million year old rock formation has a different shape, being flat topped and horseshoe shaped. Rising 859 meters above sea level and 300 meters above ground level, Mount Conner is four meters shorter than Uluru but about a kilometer longer.

“We don’t plant any crops, we don’t plow, we don’t fertilize, we don’t poison weeds. Thus, the landscape is managed and protected as Mother Nature dictates.”

While exploring the sprawling property, it’s easy to forget that Curtin Springs is also a cattle station. There’s no denying the environmental cost of beef production, which today deservedly has a bad reputation, but that the Severins raise cattle for beef is not immediately obvious. The Severins say they take stewardship of the land seriously, working to minimize the impact of livestock on the land. Their 4,000 cows are also not confined indoors and can roam around.

The family considers their land a “wildlife corridor”. “We don’t plant any crops, we don’t plow, we don’t fertilize, we don’t poison weeds,” says Lyndee. “Thus, the landscape is managed and protected as Mother Nature dictates. Livestock eat native grasses. We manage a conservative number of livestock and we don’t sell them when they reach a specific age… We don’t clear the land so all native plants, reptiles, birds, mammals and everything else have their full habitats and food chains are in place. We live next to these systems. Protecting the diversity of all plants, animals, birds, etc., is absolutely vital.

Peter Severin and his wife Dawn are credited with putting tourism on the map in the Uluru-Kata Tjuta region, a legacy that their descendants are committed to carrying on. And Curtin Springs as a tourist experience is unique. It is certainly one of the most original destinations I have visited Down Under. And in the Australian desert Outback, that says a lot! 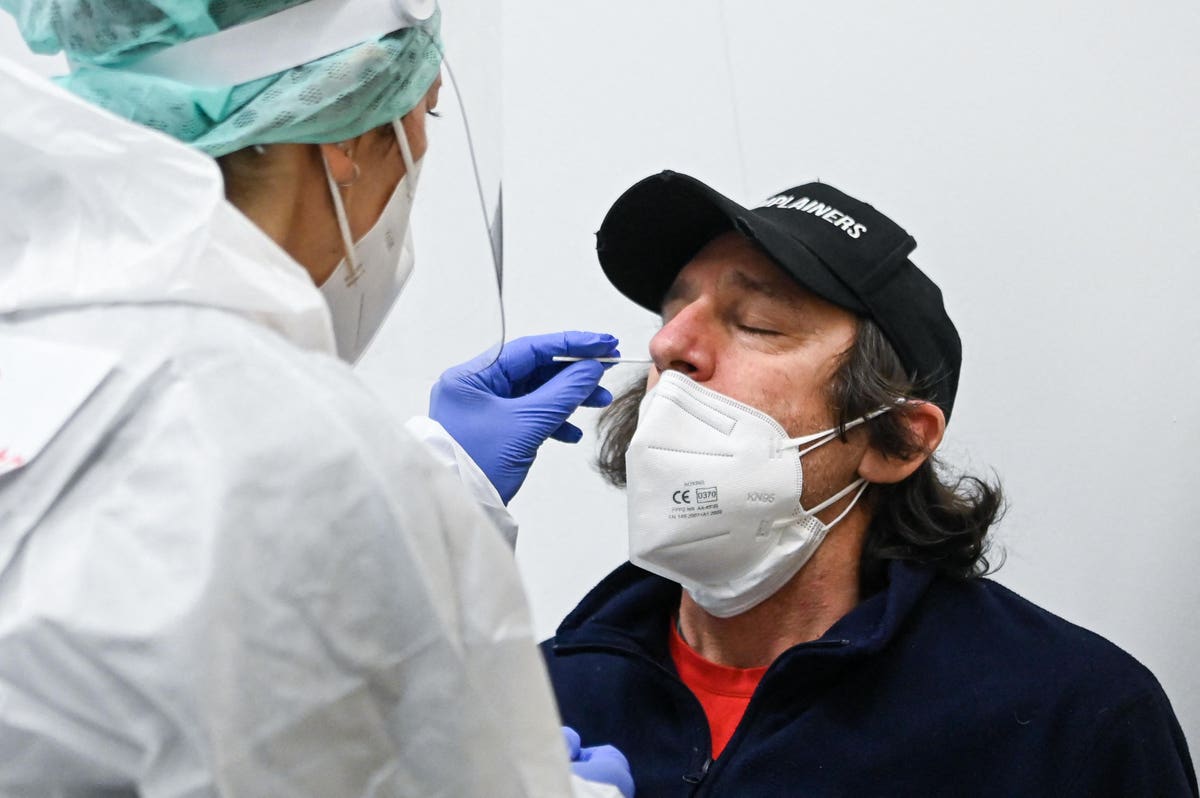 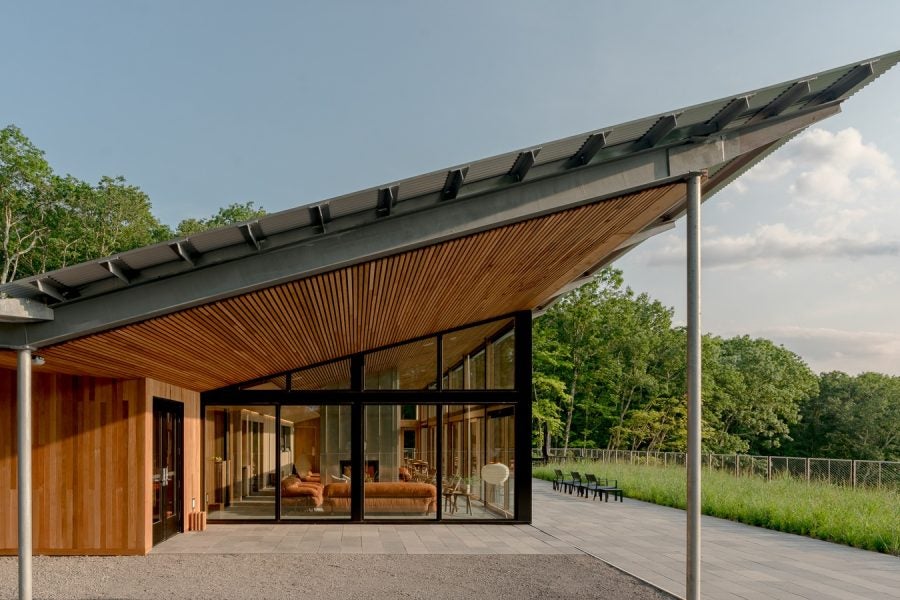 Piaule Catskill is the perfect destination for a moment of zen